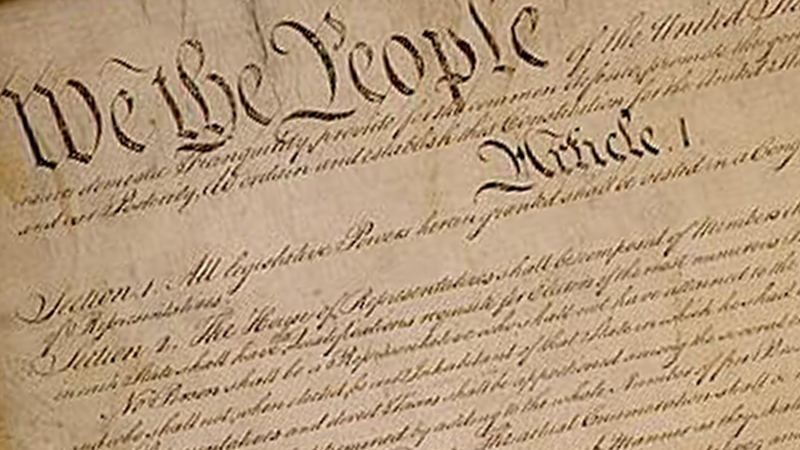 Many people today seem to believe the Constitution is outdated and not made for our current society. The Preamble to the Constitution states clearly: "And secure the Blessings of Liberty to ourselves and our Posterity, do ordain and establish this Constitution for the United States of America."  The Constitution has never failed us, but career politicians have failed the Constitution. The Constitution empowers us, "We the People," to control government. I believe we have lost that power in Washington.

The Constitution is a framework for our government and our country. It is not meant to address every societal and technological change; nor should it. Human nature makes it necessary to have a Constitution and, more importantly, have one that prevents the abuse of power. That's why a separation of power and the system of checks and balances were included. While those who signed the Constitution may have had their own views of what American society should look like, they wanted the U.S. government to be limited enough to allow change to occur organically.

The Constitution created a way to make Amendments for changing times but these amendments should never change the original function of the government or hinder any of the original ten amendments. The Constitution granted recognition of our unalienable rights, mentioned in the Declaration of Independence, and not to be infringed upon. Any government law that restricts or changes those rights, is in violation of our rights and treasonous by the government agency who swore oaths to uphold and defend the Constitution.

My view is that the Constitution is our contract with government giving us full control. Many have forgotten that as they have allowed our representatives to operate outside of the parameters of the Constitution. We can return to American values and punish those who violate this sacred document, but in order to do so, we need to stop catering to political partisan alliances that are responsible for the decline of our freedoms.