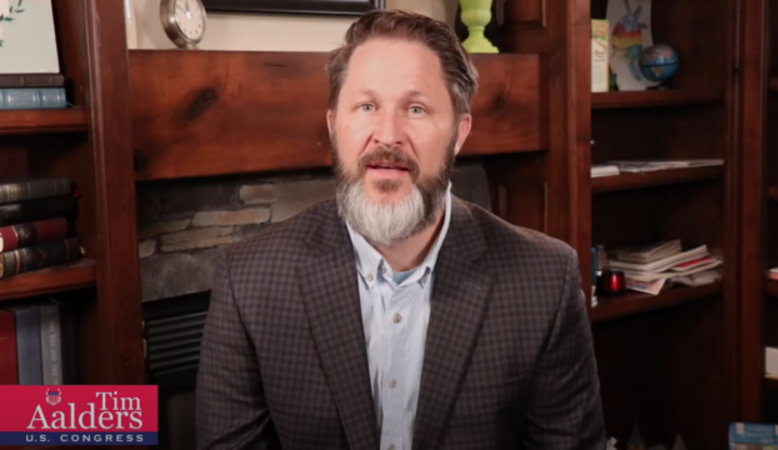 Former State Representative Morgan Philpot, noted more recently as the attorney for Ammon Bundy, announced today in a video he is endorsing Tim Aalders for Congress.  Aalders is running in the Third Congressional District against former Democrat Provo Mayor John Curtis.  Philpot cited Aalders's strong stands over the years on protecting the rights of citizens in the Constitution.

Philpot stated that America needs to, "curb spending, lower the debt, reduce the deficit, and improve our economy and GDP. Our Congressman hasn't done it.  Tim Aalders is a good voice to go back to Washington DC and start saying no. A principled man who I think will stand up for Utahans and stand up for Utah's autonomy, and will represent our voice well in Congress."

A former state representative for District 45 in the heart of Salt Lake County, Philpot was the 2010 Republican nominee for Utah's 2nd congressional district. He is a former vice-chair of the Utah Republican Party. Philpot was also a candidate for Governor of Utah. While in office Philpot sponsored the Prohibition of Public Funding for Abortion and the Designation of Constitution & Bill of Rights Day in Utah. He received awards from the Utah Taxpayer's Association and also received the "Guardian of Small Business" from the NFIB.

Philpot became the lawyer for Ammon Bundy in advance of an Oregon jury returning a startling verdict finding him not guilty on all charges. Philpot subsequently served as co-counsel for Ammon Bundy in the Nevada Gold Butte Standoff trial where Judge Gloria Navarro dismissed the case against Cliven, Ammon and Ryan Bundy and Ryan Payne with prejudice in early 2018 due to, among other things, outrageous government conduct.  Philpot also represents Jeanette Finicum in her wrongful death suit against the United States government for the killing of her husband Robert Lavoy Finicum during a combined FBI and Oregon State Police roadblock related to the 2016 occupation of the Malheur National Wildlife Refuge.